At All Women’s Care, not only will we tell you everything you want to know, but we will also help you to determine if you are the right candidate for the procedure. If you are a candidate, we will conduct the procedure in simple, comfortable steps to achieve the best possible results. We have served many clients in Los Angeles who can attest to our expert services. We invite you to contact us if you are seeking Intrauterine contraception or have questions regarding other contraception methods.

Overview of an IUD

An intrauterine device, abbreviated as IUD, is the most commonly used method of long-acting reversible contraception since it is cost-effective, easy to use, safe, and highly efficient. IUDs provide a non-surgical option to prevent pregnancy that’s as efficient as surgical sterilization. The most frequently used IUDs have a plastic frame. They release either hormone progestin or copper to amplify the contraceptive act of the device.

Numerous terms are used to describe Intrauterine devices, including intrauterine contraception and IUD. The progestin-containing device or hormonal IUD is also called an intrauterine system. An IUD refers to a slight contraceptive device usually placed into the uterus (womb) to stop a pregnancy from taking place.

There are five different IUD brands approved by the FDA for use in the U.S. They include Mirena, ParaGard, Kyleena, Skyla, and Liletta. These brands are further divided into two main types: hormonal IUDs (Kyleena, Liletta, Skyla, and Mirena) and Copper IUDs (ParaGard)

A copper intrauterine device does not have hormones. It’s a slight plastic device that has copper wire wrapped around it with a fine nylon thread attached to its end. When the IUD is in position, the thread protrudes via the cervix into the top of the vagina. The thread enables you to check if the device is still intact. It also gives a doctor an easy time when taking the device out. You can’t feel that the thread is there except if you insert your fingers deep into your vagina. A copper IUD can protect you from getting pregnant for a maximum of ten years.

The hormonal IUD is a slight plastic device that assumes the shape of letter T and contains the progestin hormone, which stops pregnancy. Progestin is a synthetic form of the progesterone hormone that women generate naturally. A hormonal IUD has a membrane (coating), which regulates the releasing of progestin in the uterus. Just like copper IUD, hormonal IUD has a fine nylon thread that’s attached to the edge to make its removal and checking easier. Mirena will work for a maximum of seven years, Kyleena five years, Liletta up to seven years, and Skyla for up to three years.

Why is Intrauterine Contraception a Good Choice?

IUDs offer long-term and effective contraception. They may be used in premenopausal women of all ages, and this includes teenagers. Among the various advantages, IUDs:

IUDs can reduce menstrual bleeding after using it for three months or more. Approximately 20% of women cease menstruating after a year of IUD use. Also, IUDs can reduce:

Due to these benefits, IUDs are often recommended for women that have:

IUDs aren’t ideal for every woman. Your doctor may discourage you from inserting an IUD if you’ve got:

Inform your physician if you:

An IUD affects how sperms move and stay alive in the uterus, preventing them from reaching and fertilizing the ovum. Also, an IUD can alter the uterus lining to prevent a fertilized egg from attaching to it. The hormonal IUD can cause the fluid at the opening of the uterus thicker, thereby stopping sperms from going through. Additionally, it can affect the ovulation process by altering the hormones responsible for releasing an ovum every month.

Your doctor will assess your general health and carry out a pelvic examination before he/she can insert the IUD. You may also be screened to see whether you have any STIs.  An IUD can be placed:

If the IUD is placed more than a week after the beginning of your menses, make sure you use a backup method of contraception for seven days. Taking non-steroidal anti-inflammatory drugs like ibuprofen two or one hour before going through the insertion procedure may lower cramping.

What Should You Expect During & After IUD Insertion?

The physician will place a speculum in the vagina and then clean the cervix and vagina using an antiseptic solution. He or she may use a special device to bring your uterine cavity and cervical canal into line gently. Then, he/she will fold down the IUD’s horizontal arms and put the device into an applicator tube.

Afterward, the tube will be placed in the cervical canal, and the IUD is carefully positioned in the uterus. When the physician finally removes the applicator tube, the IUD will remain in position. Your doctor will then trim the IUD strings so they do not protrude so far into your vagina and might record the strings’ length.

The whole procedure for IUD insertion takes approximately ten minutes. During the insertion, you might experience fainting, dizziness, low blood pressure, cramping, a slower than usual heart rate, or nausea. Your doctor will likely recommend that you remain lying down for a short period to let the side effects that you are experiencing pass. It is hardly possible for the intrauterine device to perforate the cervix or uterine wall. Should this complication occur, your physician will direct on the proper management method.

After the intrauterine device has been inserted, you might experience temporary side effects like a backache, menstrual-like cramps, heavier than usual periods, irregular periods, and spotting between periods.  More severe side effects hardly occur but may include shifting or expulsion of the IUD, pulmonary inflammatory disease, and perforation of the uterine wall.

Once every month, you should check and feel that the strings of the IUD are protruding from the cervix. You should be cautious not to pull out the strings.

After approximately one month after the IUD has been placed, your doctor may examine you again to ensure the device has not shifted and see if there are any signs & symptoms of infections. While you are using the IUD, contact your doctor as soon as you can if you experience:

We further recommend that you contact your doctor as soon as possible if you feel or think your IUD isn’t in its usual place. Inform your physician if:

Your physician will check the IUD’s location, and if it is displaced, he/she will take it out if need be.

As we have explained, an IUD can stay intact for five or more years. Usually, the device is removed in the doctor’s office. For the doctor to remove it, he/she is likely to use forceps to get a hold of the strings of the device and pull gently. The IUD’s arms will fold upwards as it is withdrawn from your uterus. You may experience cramping and light bleeding during removal. The removal is hardly more complicated.

Before you decide on intrauterine contraception or any other birth control option, you have to discuss its risks and benefits with your physician. You must consider the convenience, side effects, and cost when choosing.  Should you try this method, then after some time decide that it is not suitable for you, you can meet your physician and have the IUD removed. We have several other birth control methods available, and your physician can assist you in figuring out which option best suits you.

Generally, IUDs are safe. However, it is critical to note that they do not protect against sexually transmitted infections and may cause perforation of the uterus, though it is rare. The perforation risk may increase if the IUD is placed during the post-delivery period.

The side-effects linked to IUD include acne, headache, mood changes, irregular bleeding that may cease after six months of use, breast tenderness, pelvic pain, or cramping. You may also expel the IUD from the uterus. You are likely to expel the IUD if:

Your doctor may suggest removal of the IUD should you develop:

Myths and Misconceptions About Intrauterine Contraception

Numerous factors have restricted the widespread use of IUDs in the U.S, including cases of complications with older types of IUD that led to negative publicity. Examples of these cases include ectopic pregnancy, infertility, misinformation concerning the dangers of infection, misinformation concerning eligible persons to use IUDs, lack of clinical training, misconceptions regarding the mechanism of action of the intrauterine conception and worries of litigation.

The drawbacks of using hormonal or copper IUDs include:

Similarities Between Copper and Hormonal IUDs

Both hormonal and copper IUDs stop pregnancy from taking place by affecting the movement of sperms. They prevent the sperms from meeting and fertilizing the egg.  These two kinds of IUDs are almost equally effective. One out of 100 women using either hormonal or copper IUD will conceive in any particular year.

Even though each kind of IUD will protect you against getting pregnant for a different period, they each can be taken out at any given time. Removing the IUD is always allowed should you decide you’re not comfortable with the side effects or want to conceive.

Differences Between Hormonal and Copper IUDs

The primary difference between these types of intrauterine devices is that one type generates hormones while the other does not. Apart from blocking sperms from swimming to the egg, hormonal IUDs thin the uterus lining, thicken the cervical mucus and prevent ovulation.

Copper IUDs begin functioning as soon as they are placed, while it may take hormonal IUDs a week before they start working. You might want to use a backup contraception method during this one week.

Hormonal intrauterine devices should make your menstrual blood lighter and accompanied by slight cramping. When it comes to copper IUDs, your menstruation might briefly be heavier, and you may cramp more than usual.

Once a hormonal IUD has been inserted, you might have between three and five months of irregular and frequent bleeding between menstrual periods. Once this duration has passed, your menstruation may be lighter, less painful, and shorter. About 50% of women do not bleed completely. On the other hand, after the insertion of a copper intrauterine device, you might have irregular bleeding between menstruation periods for a few weeks. After that, your periods might become more painful and heavier.

The Cost of IUDs

An intrauterine device may cost anywhere between $0 and $1,300. Usually, the cost varies based on the IUD type and your health insurance. Most health insurance policies cover the costs, and family planning clinics may charge a reduced amount. Since an IUD can last for several years, the cost works out to approximately the same charges as monthly birth control options like the vagina ring or pill.

Find an Experienced Gynecologist Near Me

Intrauterine contraception is an appropriate option for birth control for many women. For one, it is safe, convenient, and effective. However, there are possible side effects of which you have to take note before choosing it. Even though we usually talk in averages, not every woman is the same, and your experience may not be the same as others with IUDs. At All Women’s Care, we will help you determine if you are the right candidate for intrauterine contraception. We will also give you all the information you need to know about this method of birth control, and if you are not the right candidate for an IUD, we will recommend other birth control options, which we also explain in detail. We serve patients in Los Angeles and its surrounding areas by helping them solve their reproductive health problems. Call us at 213-250-9461 to schedule a appointment and go over your contraceptive options. 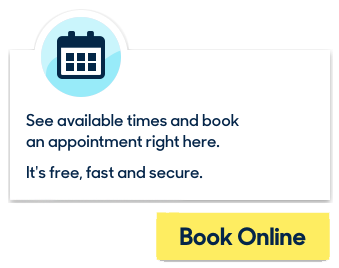